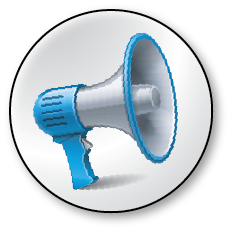 Navigating the Ethical Use of Body Language in the Legal Setting

“To the ordinary observer, a man is just a man. To the student of life and human beings, every pose and movement is a part of the personality and the man.”

Clarence Darrow
How to Pick a Jury; Esquire Magazine (May, 1936)

Utilizing nonverbal communication techniques in the legal field is not new ground, though the ethical implications are still being heavily debated among judges, litigators, and experts alike. Concerns such as witness coaching and the potential discoverability of videotaped mock depositions are forefront issues in this debate. How to navigate this evolving atmosphere and understanding the unintended implications is challenging for many in the legal industry.

With respect to mock depositions and mock trials, KT Designs recommends utilizing mock depositions for preparing both experienced and inexperienced witnesses; however we do not advise counsel videotaping these sessions because of the discoverability concerns covered in a white paper written by Jones Day’s Mark Herrmann and Pearson Bownas.

In the United States, the ABA Model Rules of Professional Conduct provides guidelines that include how lawyers can prepare witnesses and, more specifically, forbids counseling witnesses to offer deceptive testimony or evidence. There are no rules that cover coaching witnesses on body language, demeanor or even how to appear more likable or endearing. Putting aside the impropriety of coaching witnesses on content, advising them on body language in court and, more importantly, on the witness stand, is legally and ethically acceptable.

It should be noted, however, that witnesses are unpredictable enough during examination without feeling the need to assume the role of lead actor in a courtroom drama. One of the most recent cases where accusations of such coaching arise is in the Oscar Pistorius murder trial in South Africa. The South African court system is vastly different than the US Court System, but the rules related to witness preparation are similar.

Pistorius, who was being tried for the murder of his girlfriend, Reeva Steenkamp, was accused of hiring a well-known South African actor to coach him on how to behave at his trial. On its face, the allegation of taking acting lessons sounds far- fetched. The Pistorius camp vigorously denied the claim – but could there be merit in such a contention?

Ultimately the question should not be ‘did he hire an acting coach’, but rather, ‘did his melodramatic theatrics in court help his cause’? The guilty verdict handed down in September 2014 suggests otherwise.

To the trained eye, Mr. Pistorius’ body language betrayed his exaggerated performance, and some experts suspect his attempt to garner sympathy from the court for his plight fell flat as well. Additionally, it is of note that Pistorius was at his most emotionally animated during testimony and presentation of evidence that contradicted his version of events and that his testimony was riddled with distancing language and inaccuracies.

This article is based on the KT Designs’ white paper “Body  Language, Technology and their Application in the Legal Industry.” To access the whitepaper in its entirety for free, please visit the whitepaper section of our website: http://www.kt-designs.org/white-papers/

KT Designs is a privately owned company that operates on the ideals of honesty, integrity and transparency. We are experienced in working on cases and projects of all sizes and in most jurisdictions, including internationally. We are devoted to the personal and intellectual growth of our employees and clients, and to facilitating continued learning in our audiences on the most complicated of topics. We consider our clients’ satisfaction and confidentiality above all else.